Time and Passion: The tools we used to produce a documentary without financing 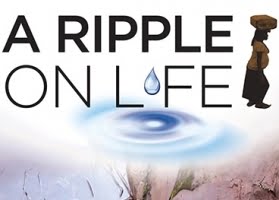 In the winter of 2012, while attending a business-networking group, I learned about a colleague who was raising funds to travel to Uganda and volunteer for a project with a local charity organization. The project involved the installation of a clean water system at the maternity ward of a hospital in Uganda, which operated with minimum or no water. When I understood what the project involved, the filmmaker in me realized that this was a story that had to be told, not only because of the work that was going to be done, but because I could not imagine a maternity ward operating without water.

After talking to my partner, Karene Nettel, we told our colleague about our intention to do a documentary. Not long after, thanks to her, we met Tim Muttoo and Odile Bartlett, co-founders of H2O 4 All, who where the people leading this undertaking together with another organization called Save the Mothers. Both organizations opened their doors and gave us the green light to follow them and capture the story. Since there were just a few months left before they would travel to Uganda, and not enough time to apply to councils or broadcasters for financing, our efforts focused in fundraising for our producer and director of photography. As this was our first fundraising experience, we managed to get just a part of the money to travel to Africa with the group. But our love and passion for the story were bigger so we invested our own money to move forward.

What followed were 18 days of hard filmmaking work for our small crew that included Karene as our producer, Moussa Faddoul as our director of photography, Zac Mulawa as our production assistant and Michael Churchill as an impromptu but talented second camera person. The rest of the team of volunteers, which included our documentary subjects Kyla and Natasha, focused on building the clean water system, painting the facility and doing on-line fundraising to provide new mattresses, mosquito screens and mosquito nets to the hospital.

With great footage in hand, Karene came back to Canada with the feeling that our documentary would be picked up by a broadcaster and receive the proper financial support for post-production as she had captured a story of transformation that would touch the hearts of many people. The next couple of years, focused on applying for funding to different councils and broadcasters, but to our surprise and disappointment, the funding never came through. Although we had started post-production of the documentary in between our regular work commitments, we only had a very rough cut, a financial loss and two depressed filmmakers. In order to boost our morale, in the summer of 2014 we recorded a follow up in Canada with one of our subjects, but once we came back to the edit room, we were still stuck.

After three years of having embarked in this project, I was feeling like throwing the towel, counting our losses and if possible moving to another city so that we would not have to see and explain to any of the volunteers about our real situation. But then one day as I was watching the rough cut, specifically a sequence where a Ugandan doctor tells us his challenges in the delivery room without clean water, and another one where a kid walks for many kilometers to fetch water, I realized that our problems were none. That if we gave up, we would be betraying these people that had allowed us to tell their story. Who did not have all the resources they desperately needed, but who kept on doing their best every day with what they had. I had my editing suite, abundant clean water and time. How could I be giving up!

It is interesting how the universe works and how when we make a decision in our lives, things align or not to push forward that decision. Soon after being determined not to give up, but to tap into our passion and love for filmmaking, the person that would become the editor for A Ripple On Life, Maurice Cormier, came into the picture, first as an intern from Mohawk College and then as a volunteer helping us to truly push the documentary forward and complete our final draft. Then the rest of the puzzle came together with Geetika Arnold our narrator, Camilo Martínez our sound mixer and music composer, and Rudy Hurtado our poster designer, basically donating their time and talents.

Sure, the whole process had taken now close to five years, but A Ripple On Life had finally become, with its assertions and limitations, a finalized documentary ready to tell audiences a story that was, and still is, holding true.

For me the lessons were many, but mainly, one will remain forever – You cannot abdicate when those less privileged have opened their hearts to you, because even if you don’t have all the resources you expected, there are always two tools that are more powerful than anything to complete a project, one is time and the other one is the passion for telling a story.