Why Voice-over narrators, actors and lawyers should understand the implications of Lyrebird 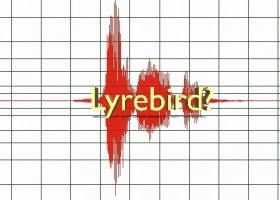 The Lyrebird is a species of ground-dwelling bird in Australia that is most well known for it’s ability to recognize and replicate the sounds it hears around it, including car alarms, chainsaws and the calls of other bird species with incredible accuracy. It was this fascinating bird that inspired the name and nature of a Montreal-based AI startup- Lyrebird.

Using merely a minute of recorded human speech, Lyrebird’s algorithm creates a eerily similar replica that you can make say anything that you type into a text-to-speech box. Not only that, but it can also adjust the emotional cadence in which the lines are spoken. This all can be done with the team’s demo version, which was made public on April 24th this year. Being a demo, the technology will only get better as time goes on.

Absolutely Lyrebird is fun to play around with, but what could this website mean for the world? In a video posted on their Youtube channel, they claim they want to use this technology to change the lives of those who have lost their voice to a disease by helping them recover this part of their identities and that this is only scratching the surface of what the program is capable of. To those in the media industry, this could be a useful tool for voiceover work. Having a line of dialogue get corrupted or just go missing altogether is a huge pain, so instead of trying to get a voiceover artist back a second time, Lyrebird could fill in the missing gaps, or at least be used as a placeholder.

But contrary to this, there are plenty of concerns about Lyrebird, aside from the fact that hearing your voice as a robot is slightly creepy. Bringing up the voiceover example again, there are plenty of ways the current system could be cheated. Say for example, a company pays an actor in to record voice over for their commercial. Later down the line, this company wants to make more commercials for their product. With technology similar to that used in Lyrebird, this company would be able to use the voice samples from their first commercial to recreate the voice to be used as much as they want, while they’ve only paid the actor for one commercial. What workarounds are there for this problem? New additions to contracts? New laws to be written? Additionally, after hearing the sample voices of political figures Donald Trump, Barack Obama and Hillary Clinton recreated in Lyrebird’s website, the first con that could come to mind would be the amount of fake news that one could create with slightly enhanced technology. Who could tell what was actually said by the president of the United States and what was said by an angry opposer? Or a political figure claiming that a real statement was actually the voice manipulated by this kind of technology?

While the current Lyrebird still creates voices that sound quite synthetic, it likely won’t be long before we won’t be able to tell the difference between what’s real and what’s fake. Without a doubt, entertainment lawyers, voice over artists and actors, among others in the industry, will have to ensure that an artist’s voice DNA is protected from any abuse and wrong doing.

The potential future of this technology can be a bit scary to think about, but if used properly and ethically, it can have also achieve positive outcomes.